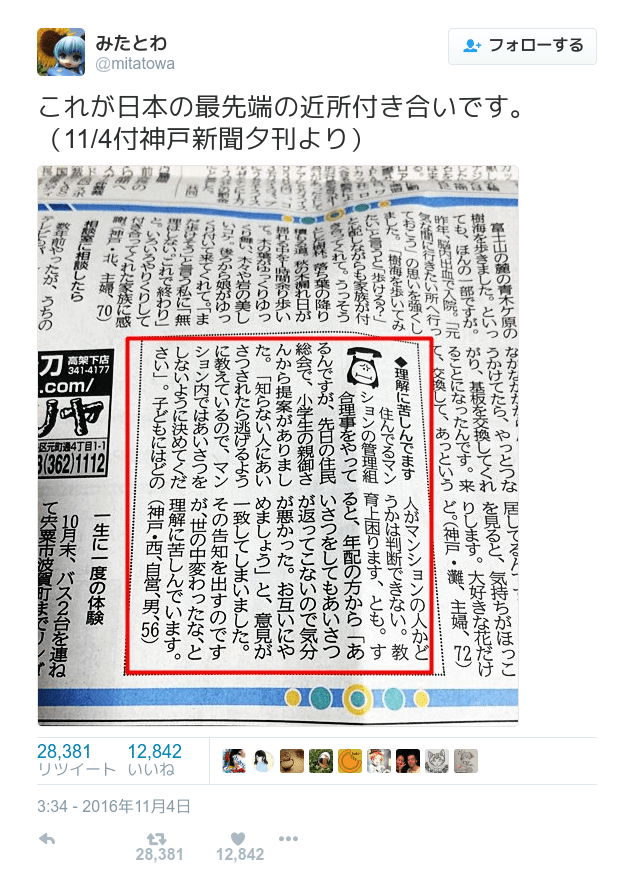 A person wrote to the local newspaper telling the story of his condominium making a new rule to not allow greeting each other.

At the same time, one of the older occupants were also saying that since their greetings always goes unaswered and doesn't make them feel any better, why not we just stop with all the greetings altogether?

And so the occupants have reached an agreement not to greet each other, and now they need to publish the new rule so that the rest of the condo complex occupants know and follow it.